Black Faces in High Places, Obama, Capitalism and the Fate of Black America 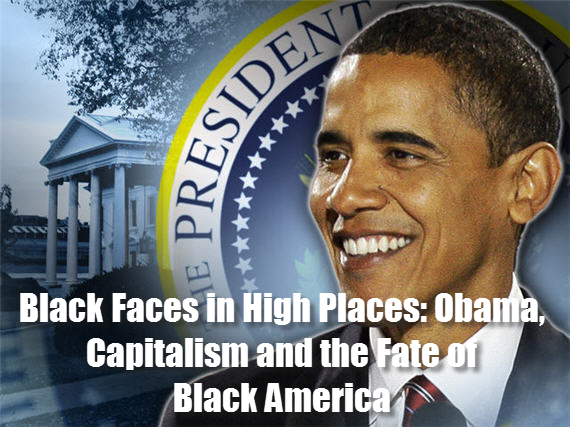 This week on Black Autonomy Federation radio, we will talk about "Black Faces in High Places: Obama, Capitalism and the Fate of Black America." Many Black people (and so-called white progressives) are finally waking up to the fact after 5 years of Obama's administration, nothing has changed for Black America or the working poor. After years of massive unemployment, mass imprisonment,police killings and brutality, urban poverty, and other problems, there is no targeted programs from the Black President's administration.

We talk about why we should not expect Obama to do anything for anybody but the rich, since Wall Street put him in office and it is whom he answers to. We also talk about how electoral politics is a false road for social change by radicals or Black community activists, and that the people hold the keys to our own organization and liberation.
Posted by SReid at 12:48 AM