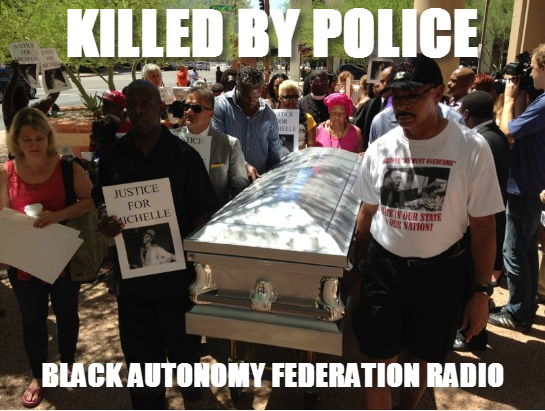 Ferguson, Missouri, has been on fire with days of protest over the death of Michael Brown Jr. Tens of thousands of people like Michael Brown have been killed by law enforcement officers in the United States and their deaths have been mostly covered up.

What do these large number of deaths mean? Why doesn't the government prosecute the police for violation of civil rights or murder? Why must we compile a body of statistics about citizens killed by the police?

Join us as we talk to the administrator of the two Facebook pages, Killed by Police [www.facebook.com/KilledbyPolice] and Pig State News [https://www.facebook.com/PigStateNews], which track tens of thousands of deaths of people killed by police shootings and other forms of homicide by law enforcement officers.
Posted by SReid at 10:26 PM