The Peace Police and the Sabotage of Militant Black Protest Movements 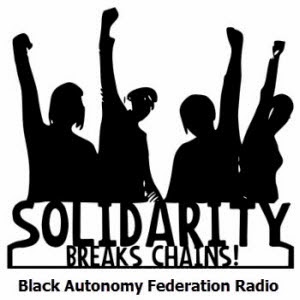 The peace police, better known as pacifists, dominate today's social change movement in the United States. Join us for a discussion about how the peace police are used to protect the government from militant black protests and help to ensure that white people contain radical social protest movements within a left-liberal framework.

We'll also be talking tonight about two important milestones for BAF: The 2nd anniversary of BAF's founding (June 9, 2012), and the 1st anniversary of the radio show, which started June 1, 2013.
Posted by SReid at 12:25 AM